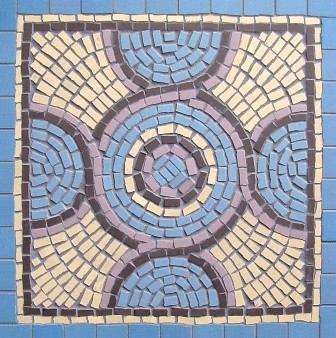 Mosaics to visit around the world

Classical and modern examples of mosaics to visit around the world.
27/04/2008


TURKEY
Antakya - Hatay Archaeological Museum. Roman highlights of the collection include the Drinking Contest, the Megalopsychia Hunt, a tour of Antioch and Daphne, the Boat of Psyches, Menander with Glykera and Comedy, the Buffet Supper and the Evil Eye.
Isantbul - Istanbul Mosaic Museum.
Zeugma - Before disappearing largely in waters of a new reservoir on the Euphrates River, this ancient city offered one of the richest sources of Roman mosaics ever discovered, including: the gods Poseidon, Oceanus, and Tethys. Now undergoing restoration at Turkey's Gaziantep Museum, the intact mosaics illustrate a variety of mythological scenes and individuals.
Istanbul - The Kariye Museum, Church of the Holy Savior in Chora. Features some of the best regional Byzantine mosaics filling the interior.
Istanbul - Hagia Sophia Museum. Including The Virgin and Child, Emporer Alexandra, Empress Zone, mosaics of the Comnenos, Deësis (Entreaty) mosaic and the Northern tympanon mosaics.
Antioch - Antakya Mosaic Museum - A rich collection late Roman and Byzantine collection of mosaics including Narcissus by a stream, Drunken Dionysus and Orpheus charming beasts with his Lyre.

ALBANIA
Durres - The Belle of Durres polychromatic mosaic is elliptical in shape and measures 17 x 10 feet.
Pula - The Byzantine chapel of St. Mary Formosa was built in the 6th century and is covered in golden interior mosaics.

TUNISIA
Tunis - Bardo Museum. Displayed by region: Sousse, Carthage, Dougga, Bulla Regia, the mosaics date mostly from the 3rd and 4th century. The portrait of Virgil and the Triumph of Neptune are particularly impressive. Scenes of hunting, a panorama of mythological gods and goddesses, studies of fish and games, Hercules and Odysseus are all present.

CYPRUS
Paphos – Paphos Archaeological Park. Mosaics in the House of Dionysus show the God of wine, Dionysus, giving the secret of viticulture to Ikarios, the King of Athens. The House of Aion has a 5th century mosaic of the birth of Dionysus. In the House of Theseus, must have been an enormous complex and well demonstrates the wealth and splendour of the Roman occupation of the Cypriot capital. Theseus' fight with the Minotaur in the Labyrinth can be seen in the House of Theseus.

ITALY, GREECE AND GREAT BRITAIN
Please see my earlier articles on mosaics in Italy, Greece and Great Britain which are covered in much greater detail.

If you have seen any other mosaics around the world please email me and I will add them to the list for others to enjoy.