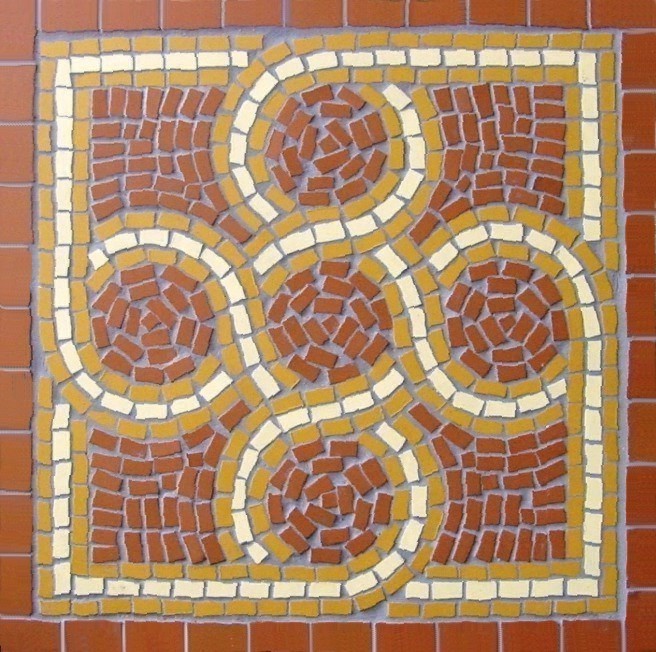 27/08/2015
Installing an exhibition of the northern branch of British Association of Modern Mosaics in Aldborough Roman site near Boroughbridge, North Yorkshire on Sunday. The exhibition will feature the work of nine artists.

This forms part of a mosaic festival organised by Friends of Roman Aldborough at the English Heritage site.
Entry to the site where you can view the most northernly in situ Roman mosaics in England costs £3.80 which includes access to the museum and exhibition.