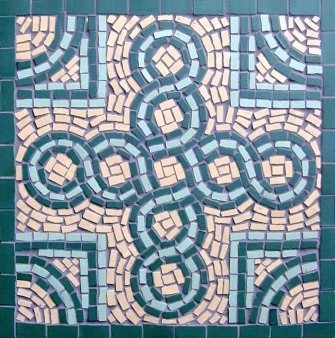 Mosaics to visit in Greece


GREECE
Argos – Museum. Roman mosaics under the portico in the garden include Bacchus, the Seasons and hunting scenes.

Arta – Panagia Parigoritissa. Church the Pantocrator and the Phrophets feature.

Athens - Kessariani Monastery. Although the buildings date from the 11th century, the chapel's mosaics were not added until the 16th or 17th century.

Athens - National Archaeological Museum. Some of the richest examples are held here.

Chios – Nea Moni church. Featuring many fine 11th century mosaics including the Raising of Lazarus, the Washing of the Feet, Judas’ Betral of Christ and Christ praying in the Garden of the Olives.

Corinth - Archaeological Museum. The mosaic, pebbled floor, with a representation of griffins devouring a horse is one of the earliest preserved Greek mosaics, dated to 400 B.C.

Kos town, Kos. Archaeological Museum.
Hippocrates and Asklepios can be seen in the museum courtyard.

Kos town, Kos. Archaeological Site. Lying to the south of the town mosaics decorate the remains of a house.

Mount Olympus - a Roman Bath mosaic built 200 AD at Ancient Dion, is located at the foot of Mount Olympus.

Ossios Loukas Monastery. 16th – 17th century examples such as Christ Preaching, the Crucifixion and Ressurection, the Descent into Hell, Helen and Constantine, the Virgin, the Archangels: Michael and St John the Baptist.

Pella – Ruins. Featuring geometric mosaics in situ and figurative examples in the museum, for eg, Dionysos seated on a panther.

Preveza – Ruins of Nikopolis. 5th century mosaics in the ruins of Doumetios’ basilica.

Tarsus - a large floor mosaic was recently excavated in the ancient city of Tarsus of St. Paul's time.

Thessalonika – Church of the Holy Wisdom. Mosaics dating from 9-10th century showing the Ascension of Christ.