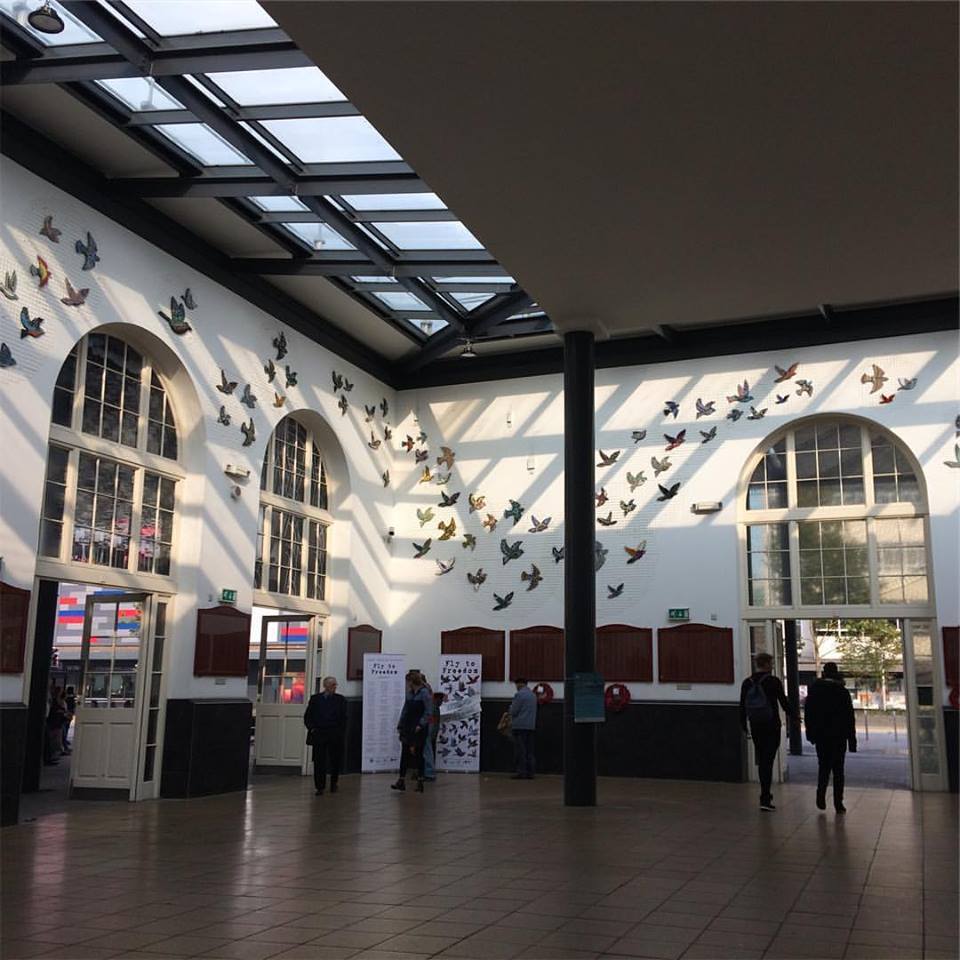 01/10/2017
I have recently been working on a Hull City of Culture 2017 collaborative project with the British Association of Modern Mosaics (BAMM) North Region in which over 100 mosaic birds were created by the artists and community - installed in the foyer to the railway station from September 2017 for a year.

I was lucky to have worked with children and families from Wansbeck Primary School during two workshops where we created approximately 20 birds.

Here's some information about the project:

'Fly to Freedom’ is an installation of over 100 mosaic birds created by Hull residents and Northern mosaic artists from the British Association for Modern Mosaic (BAMM) in celebration of Hull 2017’s Freedom season.

Mosaics are made up of many parts like Hull’s population and so BAMM North artists invited people of different age, gender, religion and abilities to attend a series of workshops to mosaic a bird in the community including children with disabilities, adults with hearing impairments, families and the general public.

Of the 123 birds created 49 were produced by 26 artists (23 from Yorkshire) and 74 by residents (83% from Hull, 16% from East Riding and 1% from Lincolnshire). There is also a bird created by a Danish mosaic artist linking the project with Aarhus the Danish European City of Culture 2017.