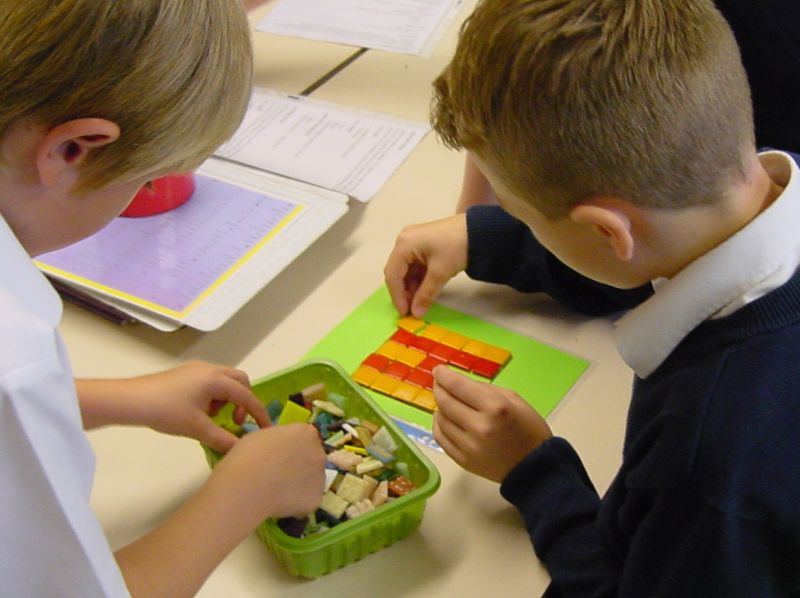 
Castleford (LAGENTIUM) is a Roman town reknowned for its fort and civilian settlement discovered during digs from the 1970s onwards. Evidence of the existence of a Roman mosaic is recorded c1750 by visiting antiquarian, T. Wilson who noted in a letter that he had seen ‘ … several fragments of a fine tessellated pavement (mosaic) at Castleford, which had been dug up in a garden adjoining to the Bean-field …‘

This was a field called Bean Croft Field, where many other buildings and finds had been recorded. Unfortunately the mosaic was not drawn or kept.

If you would like to learn how to make a mosaic with primary school children please contact
Sue Kershaw
07929 884759
sue.kershaw@hotmail.co.uk
Next
Previous